GET MARRIED IN TUSCANY 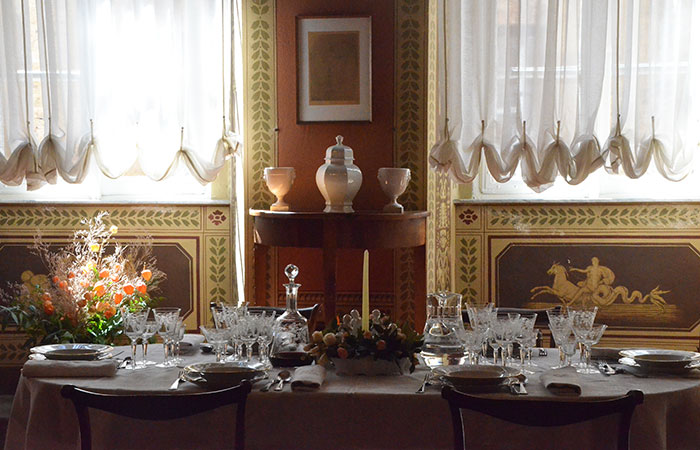 Tuscany is known throughout the world for the richness of its landscapes ranging from mountains such as the Apuan Alps, the Apennines, Mount Amiata, to hills and countryside, to its striking coastline, which, along with numerous seaside resorts, goes from Versilia to Maremma; as well as for its many villages and towns that have been able to keep their historic characters intact, but also for the beautiful and important cities rich in museums and art.

Tuscany guarantee genuine hospitality with its excellent regional and local cuisine, at disposal to be discovered and enjoyed with pleasure at any time of the year to all those who want to enjoy its charm and its robust character.
The cultural stratification of three thousand years has made possible the birth and the realization of countless cultural and gastronomic events that can be found in every season of the year.
For these and many other  reasons many foreign couples choose our region, Tuscany, for their marriage.

GET MARRIED IN VOLTERRA

Volterra is in the heart of Tuscany, on a hilltop 541 meters above sea level, dominates the valley of Cecina. The isolation has allowed the medieval village structure together with Etruscan architecture to remain unchanged over the time, preserving a unique atmosphere. The local population also has a peculiarity: together with the Casentino people, they are the only Tuscans who still retain the DNA of the ancient Etruscans. History in Volterra has left its trail with continuity from the Villanovian period; during the Etruscan period it was one of the most important, perhaps the most important, among the Etruscan cities (Velathri). In the medieval period, Volterra became an important and free commune followed by the dominance of Florence, during which Lorenzo the Magnificent built the majestic Medicean Fortress. Even today the city, surrounded by the Medioeval and Etruscan walls, maintains almost intact the medieval aspect that we recognize in its beautiful central square, in its Town hall building, the most ancient in Tuscany, in its streets and in its towers. In the Renaissance period, the city had a new architectural development and was enriched with palaces inspired by Florentine culture.

Volterra is rich in magnificent churches. The Cathedral dedicated to Santa Maria Assunta, of which there are news from the year one thousand. The facade is Romanesque, while its interior has a late Renaissance style. The Cathedral is placed in the Piazza del Duomo, facing the Baptist attributed to workers employed by Nicola Pisano.

Other Churches in Volterra:

San Francesco Church, 13th century,with a simple facade, inside which is the famous chapel of the Cross of the Day, beautifully frescoed, owned by the Counts Guidi;
St. Michael Church, 13th century, close to the beautiful Tuscan Tower;
Sant’Agostino Church, 13th century, which welcomed the burial of many noble families members, and now hosts the Sacred Art Museum;
St. Peter in Selci built in the thousandth century but with baroque facade;
San Lino, built at the end of the 14th century, home of San Lino, the second pope of Christianity.

At the end of the ceremony, for those who want it, it is possible to request the performance of the Historical Group of the town, who will perform medieval flag games and music.

Palazzo dei Priori, dating back to the 13th century, is the oldest municipal building in Tuscany. Weddings are celebrated in the magnificent “Maggior Consiglio” Hall which can accommodate up to 90 seats, in addition to the spouses, the witnesses, the Mayor or other Civilian Officer. The windows of the Council Room overlook Piazza dei Priori, a beautiful square, heart of the town , surrounded by towers and medieval palaces: the “Porcellino” Tower, the Praetorian Palace, the Maltragi Tower, Incontri Building, the Bishop’s Palace, Monte Pio’s Palace, with its fourteenth century’s towers and structures, visible from the adjoining Mazzoni alley. Mazzoni alley is famous thanks to Stephenie Meyer’s Twilight saga, which place here the secret access to the Vulturi’s underground palace.

Volterra is full of inspiration for magnificent photographs, the Municipal Hall, the Renaissance Romanesque Churches, Piazza dei Priori, Piazza del Duomo, as well as the streets, including via Ricciarelli, Etruscan Gates, Etruscan Achropolis, the Roman Theater, natural phenomena such as the “Balze”, and of course the Palazzo Ricciarelli dello Sbarba. Privileged places, frames to stop forever the beauty of unrepeatable and magical moments.

WEDDING RECEPTION IN THE HISTORICAL PALACE

Intimate and unique atmosphere surrounded by frescoes with your dearest relatives and friends. A different kind of wedding banquet that you can experience only in the exclusive frame of an historical building.

Bride and Groom can be hosted on their first night. The entire palace will be at their disposal.

Ricciarelli del Sbarba Palace , located inside the wall of the historical center, in the medieval via Borgo Santa Maria now Ricciarelli.

The Palace is less than one hundred meters from the Piazza dei Priori, reachable in a few steps down a typical road, where you can find the famous “Buomparenti Crossing”, consisting of contiguous towers of families belonging to the same consortium.

The historical residence Ricciarelli dello Sbarba is the ideal place to organize an exclusive and intimate wedding reception,for up to 50 people. The fully frescoed salons have been recently and partially restored, keeping their original architecture unchanged, distinguished by the sober and refined style of an old noble mansion.

At disposal for a perfect wedding reception a large central hall suitable for buffet and dance, a lounge where a Bechstein piano is suitable for music entertainment and / or for catering, and another room furnished with sofas for relaxation moments. An antique studio suitable for a toast and / or musical accompaniment. In addition, other useful spaces as entrance hall, kitchen, corridor, bathroom.

You’ll literally breath great charm and elegance, a warm and welcoming atmosphere to live the suggestions of a unique and unforgettable ceremony.