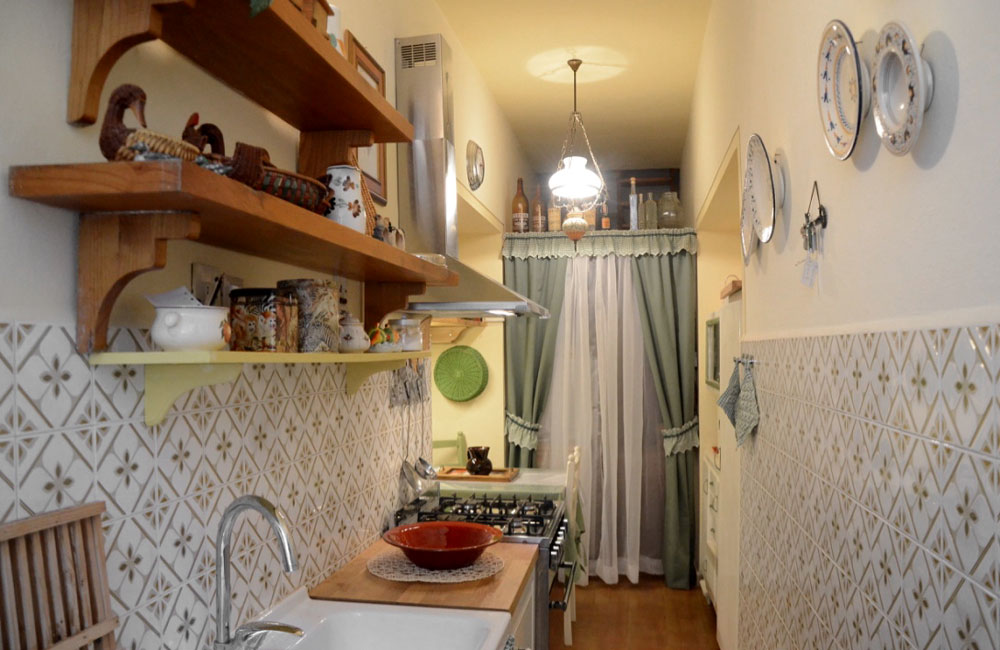 The kitchen, built in 1973 in a space that housed an archive and where, before 1844, there were stairs connecting all the floors of the Ricciarelli palace and the Contugi palace.
There is not an ancient kitchen in the palace, because over the centuries has changed its place several times: in the seventeenth century the kitchen was placed in the mezzanine floor; in the eighteenth century it was on the second floor of Palazzo Contugi, in the nineteenth century it was moved to the second floor, next to the large dining room.